Classes temporarily will be held at 1735 Garnet Ave.

Our kids Brazilian Jiu-Jitsu program is designed to teach your children athleticism and other important life lessons and skills such as FOCUS, COORDINATION, CONTROL, TEAMWORK, & DISCIPLINE. Learn more »

Train in the best Jiu Jitsu academy in San Diego !

At PB Fight Center, we’ve created a Jiu Jitsu school unlike any other school you’ve ever seen. The school philosophy, the facility, and teaching methods are designed to provide a positive and fun learning environment. Come visit us for a FREE introductory class!

He is also a member of Carlson’s elite team. And he has been raised with some of the top names of the Brazilian Jiu Jitsu history other great fighters.

In 1993 Rodrigo opened his first Academy (Nova Geração) as an instructor in Rio de Janeiro, Brazil, a affiliation of Carlson Gracie’s Academy. He ran the Academy in Rio until 1996 when he moved to Los Angeles, California. Carlson Gracie invited Rodrigo to be part of the new and potential moment of Jiu-Jitsu in North America. After working for 3 years with Carlson Gracie in Los Angeles, Rodrigo opened his Academy in La Habra on his own. During this time he formed a new team and many Champions with high level of instruction to competitors as well as students.

In 2000 he moved to San Diego and opened his second Academy in the United States. He has been teaching at the same place, Pacific Beach Fight Center, ever since. He built a very strong and competitor team within these years, and formed more than 30 black belts (Brazil, USA and Europe), more than 200 National Champions, 100 PanAm’s Champions, and several World Champions Students.

Also in 2000 Rodrigo along Julio Fernandes(Foca) founded their own team called Revolution Team, including Academies and students within the USA, Brazil (Nova Geracao with Toco) and Europe. They have created one of the most though competitor team. Revolution Team own the Nationals in 2004, 2005, 2006, 2007 and 2008.

In 2012 Rodrigo was invited to be the martial arts program leader of Epic MMA in Hong Kong (www.epicmma.com).

Here are a some titles won by Rodrigo Medeiros 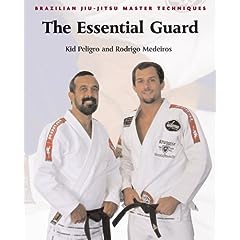